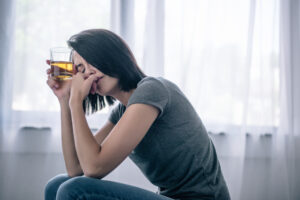 I’ve had many situations where one party is an addict and the other party has to deal with the repercussions or where both parties are addicts but one is more functional. In several cases, the parties actually met at AA. I’ve represented the addict spouse, the non-addict spouse, and neutrally mediated many cases involving addiction.

Studies show that addicts don’t necessarily get better — instead it’s about containing or channeling the addiction. Oftentimes, for a multitude of reasons, the partners of addicts are willing to cut the other party some slack because they don’t want to throw in the towel on the marriage. Sometimes, a post-nuptial agreement is done instead of a separation or divorce, sometimes nothing is done.

When thinking of addiction, most people conjure images of alcohol, drugs, and smoking, but there are so many other forms of addiction that can have deleterious effects on relationships and marriage, like sex addiction, gambling, video games and screen time, and engaging in dangerous and high-risk sports and behavior to test one’s edge and get their adrenaline pumping towards making them feel more alive, or on the flip side, to numb themselves from feeling anything.

I have a case in which a woman was married to someone who is a sex addict. He spent the down payment for a new house on his addiction. Because they have three young children, the wife took a wait-and-see attitude. For his part, the husband went to a rehab facility and found 12-step meetings to attend afterward. Unfortunately, as time went on, it became clear that his addiction was a factor once more. While it did not affect his career, he was not able to juggle his addiction and his marriage. I represented the wife in the divorce getting her 75% of the parties’ assets in an equitable distribution relief package to compensate her for the money the husband dissipated on prostitutes, escorts, and his porn addiction.

Another common situation I’ve come across is when there is a combination of addiction and rather acute mental illness, such as bipolar disorder. This is especially relevant when there are changes to medication used to treat mental health issues, or the person simply stops taking their prescribed medications. These situations can change overnight, and often cause people to want an immediate divorce in order to protect the children, in addition to protecting assets, and their own mental health and sense of safety.

Gambling addiction is also widespread. A client’s husband recently revealed to her that he has $150,000 in gambling debt and a co-debt with someone else for over $50,000. She is obviously very concerned about her assets, which primarily consist of the marital home. One option for this couple would be a post-nuptial agreement, putting everything in the non-addict spouse’s name.

Within more religious and tight-knit communities, I’ve seen many miserably unhappily married people choose to stay married to an addict solely because they fear stigma. Often, they have children and are afraid that others will think the addiction is inherited. If people live in a community where addiction is a highly stigmatized black marker, they don’t want people to know, so they choose to “stick it out” in their marriage — a very loveless marriage for the sake of maintaining a facade.

Feel free to contact me if any of this resonates and you or your spouse struggle with an addiction.