Do You Need a Postnup? 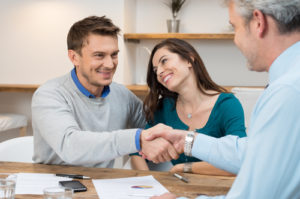 While the term “prenuptial agreement” has made its way into mainstream vocabulary, many still look flummoxed by the term “postnup.” What is it and are you in need of one?

A postnuptial agreement is structured like a prenup and bears similar terms, such as separate and marital property designations, specific maintenance provisions or waivers, estate provisions, and the gaping absence of rights relating to children of the marriage. Akin to a prenup, the agreement is mostly relevant and effective upon a separation at a future date. Both agreements are governed under the identical principles of contract law.

Postnups are usually not “Oops we forgot to enter into a prenup; let’s quickly patch it up with a postnup” situations. Rather, they are typically carefully calculated events that fall into one of the following categories:

The parties start the process before their wedding and intentionally decide to finalize their agreement after the wedding when the dust has settled.

When clients first come to me for a prenup, I ask them what their timeline is — if they can’t negotiate the terms they want in time for a pre-scheduled wedding, are they willing to proceed with the wedding, do it as a postnup and continue the negotiations after the wedding.

There are those that vehemently respond NO — come hell or high water, they are not getting married without a prenup; others are more lackadaisical about it and respond that they feel comfortable proceeding with the wedding, as long as they know a postnup will be entered into afterwards.

It is important to advise the latter category that a postnup is easier to challenge, and there are no guarantees that it will be signed within a specific duration once the wedding takes place.

Ironically, there seems to be little correlation between the generosity of people in their negotiations and their decision to either postpone the wedding until a prenup is executed or do it as a postnup. I’ve had clients say they want their spouse to get nothing in the event of a divorce, while others have wanted to give much more to the other person than the law would extend. Both these types of people have told me they could wait until after the wedding to do it as a postnup.

The psychology people have in relation to their money, accumulation, and sharing is not always logical; assumptions cannot be made; it is important to check the party’s temperature on these facets.

The parties are giving the prenuptial agreement a facelift; updating it to make it more current and reflective of their present reality, as opposed to the reality of bygone years when the prenup was entered into.

This is fairly common in a strong, healthy marriage when the parties have entered into a prenup that was more heavily in one party’s favor with the oral promise that they would agree to update it and extend more leaves to the other party as their marriage progressed, their family grew, and they had a proven track record of being happy together.

Case in point is a client who married a high net worth individual whose family carved out the terms of the prenup to protect their vast real estate conglomerate. The groom told the bride that he would agree to update the agreement every few years; true to his promise, he has, with each postnup they enter into being more favorable for her and far exceeding the prenup. At this point, approximately 7 years into their marriage, she is receiving far more under the present postnup than she would receive under the law. Her words verbatim, “He sees I’m normal, not out to spend money, and is now happy to share more.”

This postnup-to-update-a-prenup scenario is not exclusively exercised in smooth sailing waters; there are times when it is the exact opposite dynamic that triggers the postnup. A party unhappy in a marriage, who is starting to check-out, has more leverage when their spouse is dependent on them, still loves them, or wants to remain in the marriage and the unhappy spouse tries to get their spouse to sign a postnup that alters the terms of a prenup.

The parties are entering into a joint venture such as purchasing a marital residence together and wish to explicitly set forth the terms and allocation of ownership.

When parties purchase a big-ticket item such as a marital residence, especially if they got married later in life and have significant separate property funds, they often want a postnup relating to the specific responsibilities and ownership interests of the asset.

This scenario is also common when parties have a prenup with unspecified or overly generalized terms regarding jointly purchased real property.

One or both of the parties are starting a business either together or separately or assuming debt and wish to set forth the terms and protections as it relates to their marital and separate property rights/entitlements and liabilities.

A physician who had been with her husband for over 15 years recently came to me for a postnup because she was starting her own medical practice, had significant medical school debt, was about to assume more debt towards business loans for her new venture, and her spouse had significant student loan debt as well. While her spouse was willing to have her start her own business with no agreement in place, she strongly felt she needed a postnup to allocate rights to her business and assign the parties’ respective debts. In light of her unease with her situation, I couldn’t have agreed more.

An agreement often works like a charm to settle a party’s nerves when they are about to take bold entrepreneurial steps or feel they are in over their heads in areas largely out of their control; an agreement is a way to take the reins in whatever way they can.

Another client learned that her spouse was 9 million dollars in debt and wanted an indemnification agreement to protect herself; such an agreement would also fall under the category of a postnuptial agreement.

The expression, “Marry in haste, repent at leisure” is on point. Some need to unravel their marriage in baby steps. As opposed to ripping off the band-aid, they need incremental stages to adjust. Often they also feel there is a possibility of reconciliation and a postnup lends itself to such more than a separation agreement (or divorce), which has a greater air of finality to it.

When navigating the waters of a postnuptial agreement, party’s different paths, as described, often lead to the same result.

If you find yourself facing a time-challenge with your prenup or are considering a postnup, feel free to contact me.

Copyright © 2019, The Law and Mediation Offices of Cheryl Stein