Empowerment Is the Best Deal 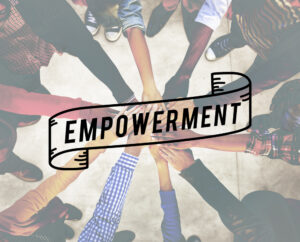 In our last post, we discussed the fallout that happens when a husband is accused of sexual harassment in the workplace. I had another interesting situation where my unmarried client was having an affair — for 15 years — with a married man from work without knowing he was married because he hid it well while living a double life.

He represented himself to be single from the get-go and the work romance got serious. He even presented fabricated divorce papers to my client to prove his alleged divorce. My client, blissfully ignorant to divorce-decree fraud, believed him. She admits to noticing red flags along the way, but she ignored them because of the “divorce papers” she saw.

The 15-year lie came to an end when my client discovered this man’s deception and immediately broke off the affair. She was worried because she enjoyed a very high position in her company and was unsure whether her supervisors would want to know or would prefer to stay in the dark about the unethical behavior within their matrix. However, she also didn’t want this to happen to anyone else.

My client had read about this exact scenario and none of the stories ended well. She had to go through the expense of hiring an employment law attorney to make sure that she was protected once she came out about the affair and deception to her employer.

The man was also in a very leading position within the company. There were younger women under his watch, who were less sophisticated than my client, and she wanted to make sure he didn’t victimize them.

This story is important because events at the workplace, like sexual harassment, have ramifications in the setting of divorce. If the perpetrator is fired, the equation for child and spousal support will be impacted. That’s why it’s important to contact an attorney as soon as you sense a “Me, Too” situation developing in your marriage.

Speaking up early will allow you the time to divorce accordingly and to make sure you get the best deal for yourself. This speaks to the perpetrator’s wife — once she learned about her husband’s indiscretions and double life, she needed to lawyer-up.

There was a whole web of attorneys involved to represent both women — my client who was having the affair and the perpetrator’s wife, including matrimonial, employment, ethics, and social media attorneys, to contain the damage.

The two women got to know each other, felt a connection in being blind-sided and duped by the same person, and worked to mutually help each other.

It is often disheartening to the spouses of perpetrators that they fell in love with someone like that. They start to see themselves as victims as well and join in on the “Me, Too” chorus.

My client worked hard to help herself and the perpetrator’s wife out of the unseemly situation, and in so doing, she also protected other potential “Me, Too” victims.

That’s why there’s an empowering and strengthening stage that I do with my clients as we lay the groundwork and advance their case. Inner peace and enlightenment aside, getting a good deal is the ultimate source of empowerment.