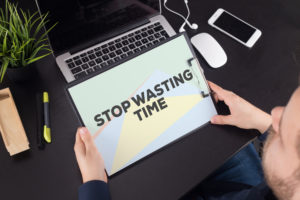 Is there a price tag to being a Good Samaritan in Divorce?

“A Good Samaritan — a charitable or helpful person.”

There are infinite ways of exercising kindness to one’s spouse during a divorce, but we will focus on the timing of divorce here.

Sometimes, in a divorce, one party needs more time while the other wants the divorce finalized immediately. The one that wants the immediate resolution will try to exercise grace, extend the other party significant latitude, and give them more time, sometimes years to ease the blow and transition for the party having a harder time with the concept of the divorce and disentanglement. What can happen is that two, three, or even more years go by before the divorce process is underway.

Due to that wait time, the spouse that has exercised patience can end up having to pay much more than if the divorce had been commenced earlier, because of the equitable distribution cut-off date being postponed and the maintenance entitlement, as a correlation to the length of the marriage, being longer.

For example, wages/income earned, bonus payments, retirement accruals would be subject to equitable distribution, so you have cases where parties have been living separate and apart and want half of the other’s bonus payments and funds in separately titled accounts that income has gone into, in addition, to support payments.

In one extreme case, a well-off husband, who worked for 5 years trying to negotiate an agreement but never filing a summons or doing anything to cut off equitable distribution, ended up being obligated to pay his wife a lot more due to the patience he extended to her during that 5 year period when they were still married, although living apart.

In this situation, the more monied spouse exercised kindness and allowed the other spouse more time, which in turn cost him more than it needed to. Both spouses knew the marriage was over, and the spouse who needed more time was totally unsympathetic in the final divorce.

Sometimes, the waiting spouse is acting from pure altruism — out of empathy and compassion towards their spouse; often, there is also an interlaced self-serving quality, as the waiting party thinks their spouse will be cooperative and less aggressive in their demands when they finally come around.

Sometimes, this works in the reverse, where the non-monied spouse gives the other party latitude and by the time they are ready to proceed, there is a lot less money to divide, as assets have dwindled.

The “feel good” concept we’ve all heard: “You attract the energy you put out” simply does not always unfold as such; far too often, the party putting out gracious energy gets taken advantage of, as cynical as it sounds.

Unfortunately, being a Good Samaritan can get a divorcing party taken advantage of and leave them feeling beaten down and resentful.

There are practical solutions to stop-gap this, including but not limited to, stop the clock agreements; equitable distribution cut off agreements; postnuptial agreements and interim agreements; filing a summons but holding off on filing a request for judicial intervention while the agreement is being negotiated.

Feel free to contact us to discuss the various containment methods and best strategy approach where these Good Samaritan dynamics operate in the shadows.