Out Of Wedlock Children 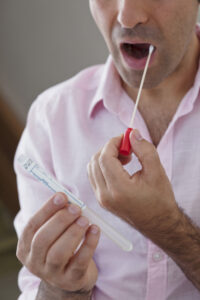 Having children out of wedlock used to be frowned upon for “moral” reasons, but nowadays it’s more about navigating the legal issues it often presents. Still, when a not-yet-divorced client tells me a baby is on the way with their new significant other, my response is “Congratulations!” Any life born is a blessing.

I’ve had many cases over the years in which my client is the party that is married and has gotten another woman pregnant, but these cases can come in any permutation:

•Two unmarried people who have a child together;

•A wife whose husband got another woman pregnant;

•A wife who’s pregnant with another man’s child;

•Religious divorces in the absence of corresponding civil divorces — and the myriad legal issues that can come about as a result of children born into these situations.

I often have cases involving workplace romances or affairs, either open or clandestine relationships. Sometimes, the involved colleagues will refer to each other as their “work” husband and wife. A work husband and wife may be having an emotional affair while at work together, developing their own internal language, kibitzing with each other, making each other feel sexy and desirable, and providing each other with something that neither is getting from their marriage, while also providing a support system, stress release and distraction from work. It is very common. In one case, the work husband was a traditional husband with four children, when the emotional affair at work turned physical. The woman (“work wife”), who was single, ended up getting pregnant and sought an unrealistic child support arrangement, given that he had four other children to support, she was a high-income earner, and not necessarily the most sympathetic character. She wanted support from this colleague as if this was his only child, and as if he had an obligation to support the child at a highfalutin lifestyle, including tuition towards elite private schools and the promise of paid ivy league education in the future, completely ignoring the statutory caps and reality of his total obligations. He had the stronger case in taming and constraining any support obligations towards this colleague and their out of wedlock child. Whatever romance once existed faded into the background when their dissonance surrounding support surfaced.

The law on these issues is not a fait accompli per se. It rests on the discretion of the judges. In this case, the court took the totality of the father’s circumstances into account and how much of his income had to go to his nuclear family before calculating the support for his out of wedlock child.

Another issue that arises with out of wedlock children stems from what’s called Marital Presumption of Paternity. This means that a husband is presumed to be the legal parent, because he is married to the woman who had a child, and, therefore, he is obligated to support the child by default. This is true even if the husband is not the biological father. A husband can, technically, be on the hook for child support for an out of wedlock child, fathered by another man, if the child is born during the marriage. The courts in King County (Brooklyn) deal with this quite often. In the Jewish community, there are cases in which people first get divorced at their local religious institutions and proceed to get remarried to someone else religiously while they are still civilly married to their first spouse. A child born to a woman fathered by her second husband during this window of time between obtaining a religious and civil divorce is, technically, by law, considered the first husband’s child, so the court has to have a proceeding to properly establish the child’s paternity so that the first husband is not on the hook for child support.

Many are also getting married much later nowadays. It is common to live together for many years, have children together, and only then get married. There are sage practices to put in place in accordance with the law and public policy to protect those in this situation. People are advised to seek counsel for any of the issues raised in this article. Contact me to learn more.