The Halo of Fear Surrounding Alimony 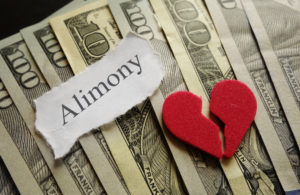 Educate yourself about alimony payments and know your options.

Alimony, maintenance, and spousal support refer to the same thing. Attorneys tend to use the term maintenance, since its purpose is to maintain the receiving spouse’s standard of living for a certain duration of time after the marriage.

The lay public tends to use the term “alimony.”

Maintenance is calculated based on adjusted gross income; the money left after Social Security, Medicare, and New York City Tax are paid but before retirement contributions are deducted. Maintenance used to be tax-deductible to the payor and taxable to the payee, but this is no longer the case, which is still causing confusion and disappointment among payors.

One client’s husband negotiated very hard to get language in the agreement that if his income went down, he could get a certain amount of reduction in his maintenance. We did not have to give him that concession, but they wanted to keep it an amicable, uncontested divorce. We created room in the agreements to allow for modification, provided his support would never go below a certain amount. The payee is often afraid because she’s dependent on him continuing to be able to make a certain income.

Another attorney had a client whose ex-husband got fired due to the “Me Too” movement; he’s having a hard time finding new employment, so she can’t get her maintenance. She wants to sue the husband’s former employer for interfering with her separation agreement. In litigation, you go after the person with pockets, and her ex-husband doesn’t have the pockets anymore. Whether or not she has a valid claim, people get desperate; they have bills.

Alimony recipients have legitimate fears of what might happen if the money suddenly stops flowing. Maintenance payments are sometimes huge, $7,000 – $8,000 a month or more. When a payee’s rent is $8,000 – $9,000, if they suddenly don’t have that money, their whole life could spiral into chaos very, very quickly.

Let’s say a woman was married for 20-plus years so she’s entitled to maintenance payments for a significant duration. Two and a half years post-divorce, she meets someone that she would like to move in with. She may be afraid to move the relationship forward, because she will be cutting herself off from a tremendous amount of money that she really was entitled to. She invested over 20 years in that other pernicious spouse, standing alongside them, running their household, going to work events with them, but now she’s going to lose that hard-earned income prematurely if she moves in with someone.

Sometimes the divorcing parties just say money is money and they negotiate equitable distribution. This can be favorable to payors because sometimes they can haggle over that lump sum. They have leverage when offering a buyout amount on the maintenance because cash is king. Payors often prefer this option because they won’t have to share future paychecks with their exes. It’s also easier from an emotional standpoint; payors feel they’re just ripping off the band-aid rather than prolonging the agony.

I recently had a case where the husband really wanted to pay it all upfront and the wife rejected it; she refused, saying, “I want monthly payments.” I actually think based on her circumstances and what she wants in her life, she would do much better with taking the lump sum. But she is not a financially sophisticated woman, and some people with less financial savvy are afraid of getting a lot of money very quickly. Monthly amounts are somehow easier for them to conceptualize.

The halo of fears surrounding maintenance, for both spouses, can be mitigated by careful attention to these details during the global settlement negotiation. Care and caution now can save future pain!